What is it? What do you want? Can’t you see I’m sleeping? Those bottles didn’t drink themselves, you know.

Newsletter? What newsletter? Oh god, no! If I send one out, they’ll be asking me about the next book, and when it’s due, and why I never visit Ulan Bator, or Snake Island, or Damascus when I’m touring. It never ends, you know. I’m too giving, that’s my problem. The milk of human kindness just o’erflows the old veins. Practically bubbles from my pores. I need to see someone about it. Can’t go around being milky all the time. Looks odd.

Now go away, because I feel a second nap coming along.

Wait, what? What do you mean the voice recognition software is on? How long has it been on? All the time? Well, turn it off! Yes, now! For god’s sake, we don’t want people to see the real me. I’ve spent years working on my façade of niceness. I’ll be ruined! Here, let me do it.

And by the way, you’re fired. Take your ferrets, and never darken my towels again.

Now, let me take care of this…

It’s wonderful to be in touch with you again. Gosh, it’s been too long! And how lovely you’re all looking, so fresh and vibrant. Haven’t aged a day, not one of you. Why, it gladdens my heart just to know you’re alive.

We have much to be getting along with — new books, new websites, stuff to give away, and lots of touring to be done — so no time to tarry. Just let non-creepy Uncle John guide you…

A BOOK OF BONES: The UK edition

Many things of note have been happening in the world, most of them not very pleasant at all, so you might have missed the unveiling of the spectacular cover of the UK edition of A BOOK OF BONES, arriving in stores throughout the United Kingdom on April 18, 2019. I don’t want to leave anyone out, so here it is, in all its glory. 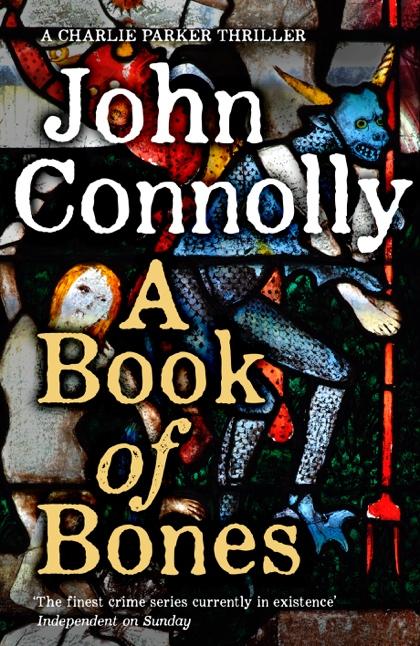 What is A BOOK OF BONES about, you ask? Well, it’s about 700 pages. Yes, you read that correctly: this 17th entry in the Charlie Parker series — 18th, including “The Reflecting Eye” novella — is far and away the longest. It ties up the story arc that began with THE WOLF IN WINTER, and finds Charlie tracking the servants of an ancient evil from the forests of Maine to the deserts of the Mexican border, from the canals of Amsterdam to the streets of London . . .

A Special 20th Anniversary Gift (Because We Care!)

To mark the 20th anniversary of EVERY DEAD THING, Parker’s first appearance in print, we have quite a lovely gift for you: this rather splendid cloth tote bag. These bags are really limited — only a couple of thousand will be made — so if you want one, here’s how to get your hands on it.

The bags will only be available at tour events, or with copies of A BOOK OF BONES ordered in advance from those stores that I’m visiting. If you can’t make any events, our lovely friends at the following independent bookstores will include a tote bag with their orders, at least until they run out. They will also have signed copies, so you’ll be doubly looked after.

Those stores are The Gutter Bookshop and Alan Hanna’s in Dublin, No Alibis in Belfast, and Goldsboro Books in London. To ensure you receive a bag, we’d gently suggest you order as soon as possible. Otherwise, come along to an event. One tote bag per copy of A BOOK OF BONES, because we’re not made of money, you know.

The Australian trade paperback edition will be available on April 23rd, and around that date in South Africa as well. We’re currently doing our best to organize a promotional visit Down Under, as it’s been a while. If that works out, we’ll find a way to get bags down there for events. We’ll keep you posted on progress.

I don’t yet have a publication date to announce for the United States and Canada, but it will be sometime this autumn. I know, I know; I can hear the howling from here, and I’m grateful for your patience. The reason for the gap is to facilitate promotional efforts by my publishers, and possibly some events, if I can swing them. And I promise that, to the extent I have any influence over these things, the gap in publication dates will be much shorter next year.

THE WOMAN IN THE WOODS in paperback

If you’ve been waiting to buy THE WOMAN IN THE WOODS in paperback, your wait is almost over — at least in the UK, where it goes on sale on February 21st. (The US paperback will be available on May 14th. 2019) 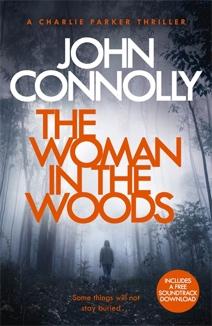 The UK paperback has a dramatically different cover than the hardcover edition, and includes a link to download the book’s soundtrack, The Honeycomb World, a suite of original music composed by Envoy.

Even if it doesn’t make it to the final list, I’m really delighted that HORROR EXPRESS, my contribution to the Midnight Movie Monographs series, has made it onto the preliminary ballot of ten titles for Superior Achievement in Non-Fiction. The finalists will be announced later this month, and copies of the book, which may yet have the rather cool signed movie ticket included, are available from PS Publishing: https://www.pspublishing.co.uk/horror-express-hardcover-by-john-connolly-4651-p.asp

Charlie Parker has almost as many fans in the Spanish-speaking world as in the English-speaking one, and I am delighted to announce that we’ve set up a website for Spanish-speaking readers. Bienvenido a www.johnconnollylibros.es, which offers summaries of the Parker novels and other books available in Spanish — including the dazzling new Spanish-language edition of El libro de las cosas perdidas, with illustrations by Riki Blanco. In fact, everyone should click on that link right now, just to see some of Riki’s remarkable artwork.

With that in mind, though, we’re going to include a Spanish version of the newsletter from now on. ¡Si se quiere leerlo, es abajo!